AtlantiCare relies on efficient and effective collaboration and communication to vaccinate communities. 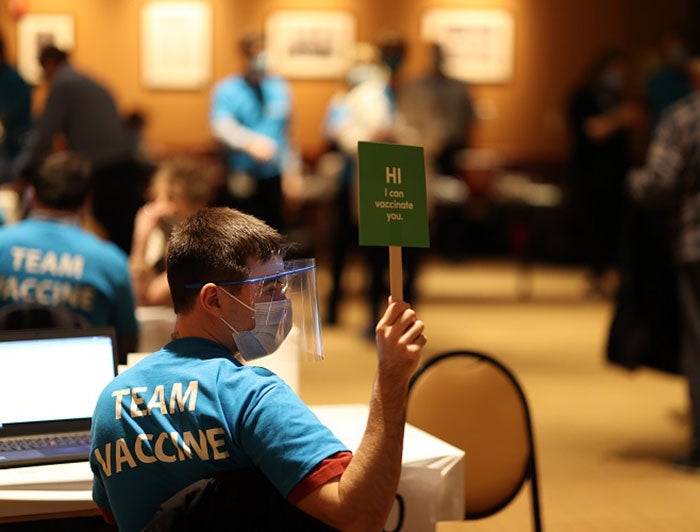 Allegheny Health Network’s (AHN) public vaccination campaign kicked off in mid-January of this year, when it began vaccinating patients ages 75 and older. Yet health system leaders and front-line staff began planning for the public health campaign in December 2020, when the Food and Drug Administration advisory panel recommended both the Pfizer-BioNTech and Moderna vaccines for emergency use. That’s also when the health system began vaccinating its own employees, providing more than 32,000 COVID-19 vaccine doses to health care professionals and emergency medical services providers throughout Western Pennsylvania. Six months later, more than 12 million vaccine doses have been administered and more than 40% of the Pennsylvania population has been fully vaccinated.

AHN’s philosophy was to ensure equitable distribution of vaccine to all people within Western Pennsylvania, and to develop strategies to increase distribution as supply became available, scaling the operation to reach as many people as possible. Like all health systems, AHN initially focused its outreach on older, higher-risk populations. The health system followed the state of Pennsylvania’s guidance regarding which groups were part of that high-risk cohort, while also placing special emphasis on vaccine distribution equity. AHN directed 20% or more of all vaccine doses to minority patients and traditionally underserved geographies reflecting the population demographics of the region.

AHN knew early on that the fastest way to get shots into arms of eligible people was through large-scale vaccination events, given the space and throughput limitations of hospitals and outpatient clinics. AHN began scouting for locations across its geographic footprint, which includes all of Western Pennsylvania. Focus was placed on major regions, such as Pittsburgh and Erie. The goal was to operationalize and standardize the clinics — and the human resources needed to operate them — so that AHN could accommodate 7,500 to 8,000 patients a day, if necessary.

The first location identified was PNC Park, home of the Pittsburgh Pirates baseball team, one of AHN’s corporate partners. On Saturday, Feb. 6, AHN hosted the first of what would be multiple large-scale vaccination events at PNC Park over the ensuing months.

As the vaccine authorization extends to teens and adolescents, AHN is focusing greater emphasis on school-age cohorts and developing “family friendly” and “after school” events where entire families can go to be vaccinated together. 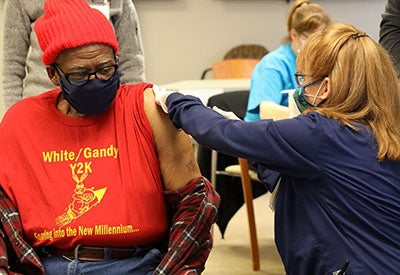 Beyond patient health implications, the success of AHN’s COVID-19 vaccination campaign has had a positive impact on its public reputation. Of those who were vaccinated at an AHN event and responded to a subsequent survey, 98% said they would consider using AHN for other services in the future. The public response to the AHN vaccination effort — and to the events — was overwhelmingly positive and generated an enormous amount of goodwill and trust for the health network.

AHN is working to ensure that the organizational goodwill translates into better patient relationships, better continuity of care and better sight lines into disadvantaged communities. The health system is presently reaching out to all patients who have been vaccinated at AHN to provide additional information regarding post-vaccination practices and to address other questions they may have.

Additionally, AHN is now reaching out to new patients – about 64,000 of them – who were introduced to the network through its vaccination efforts.