During the COVID-19 pandemic and for decades prior, Metropolitan Anchor Hospitals (MAHs) have provided critical health care and social services to diverse populations in the nation’s cities. These hospitals serve as a lifeline in communities that include patients who are low income, and often challenged in accessing comprehensive, quality health care.

MAHs also serve as de facto public health entities in their communities, and, to address the urgent unmet needs of their patients, they often develop and lead social support programs such as transportation services, on-site child care, nutrition services, charity programs, and public health awareness campaigns that benefit the broader community. They also are economic engines in their communities, collectively employing more than 1 million health care workers. MAHs are true to their name: They are anchors in the communities they serve.

To ensure that patients served by MAHs can continue to receive vital services, and to ensure the sustainability of these hospitals, additional support from the federal government is necessary.

The AHA urges Congress to create a special statutory designation for MAHs.

To be designated as a MAH, a hospital must:

About 465 hospitals, or just over one out of every eight urban hospitals, would be designated as MAHs, not including those hospitals that a state may designate as a “necessary provider.”

Core-based statistical area (CBSA): a geographic area in the United States centered around an urban area or large population center. CBSAs are defined by the U.S. Office of Management and Budget.
Medicaid inpatient utilization rate (MIUR): the ratio of inpatient days attributable to patients eligible for Medicaid to the total number of a hospital’s inpatient days. The formula for MIUR is defined in Medicaid statute (Social Security Act, Section 1923(b)(2)).
Disproportionate Patient Percentage (DPP): the ratio of Medicare inpatient days attributable to patients with both Medicare Part A and Supplemental Security Income (SSI) and the percentage of total inpatient days attributable to patients eligible for Medicaid but not entitled to Medicare Part A. The formula for DPP is defined in Medicare statute (Social Security Act, Section 1886(d)(5)(F)).
Uncompensated Care Costs (UCC): the total amount of costs hospitals incur for providing inpatient and outpatient care for which the hospital is not compensated. This includes charity care and non-Medicare bad debt, as defined by CMS. Uncompensated care does not include courtesy allowances, discounts given to patients that do not meet the hospital’s charity care policy, or discounts given to uninsured patients that do not meet the hospital’s financial assistance policy or bad debt reimbursed by Medicare. 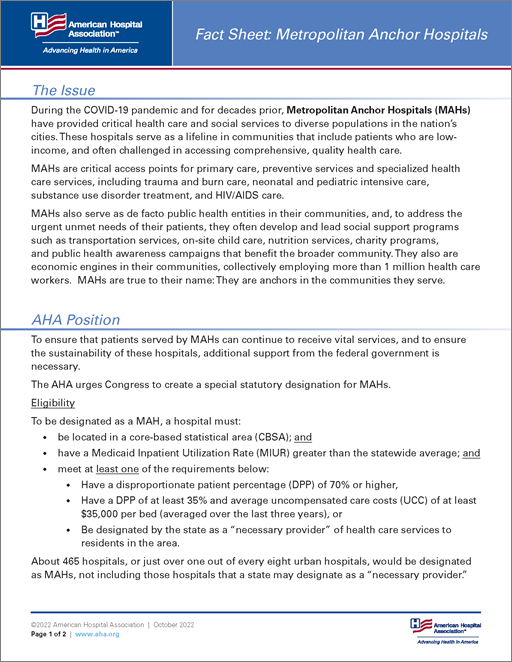