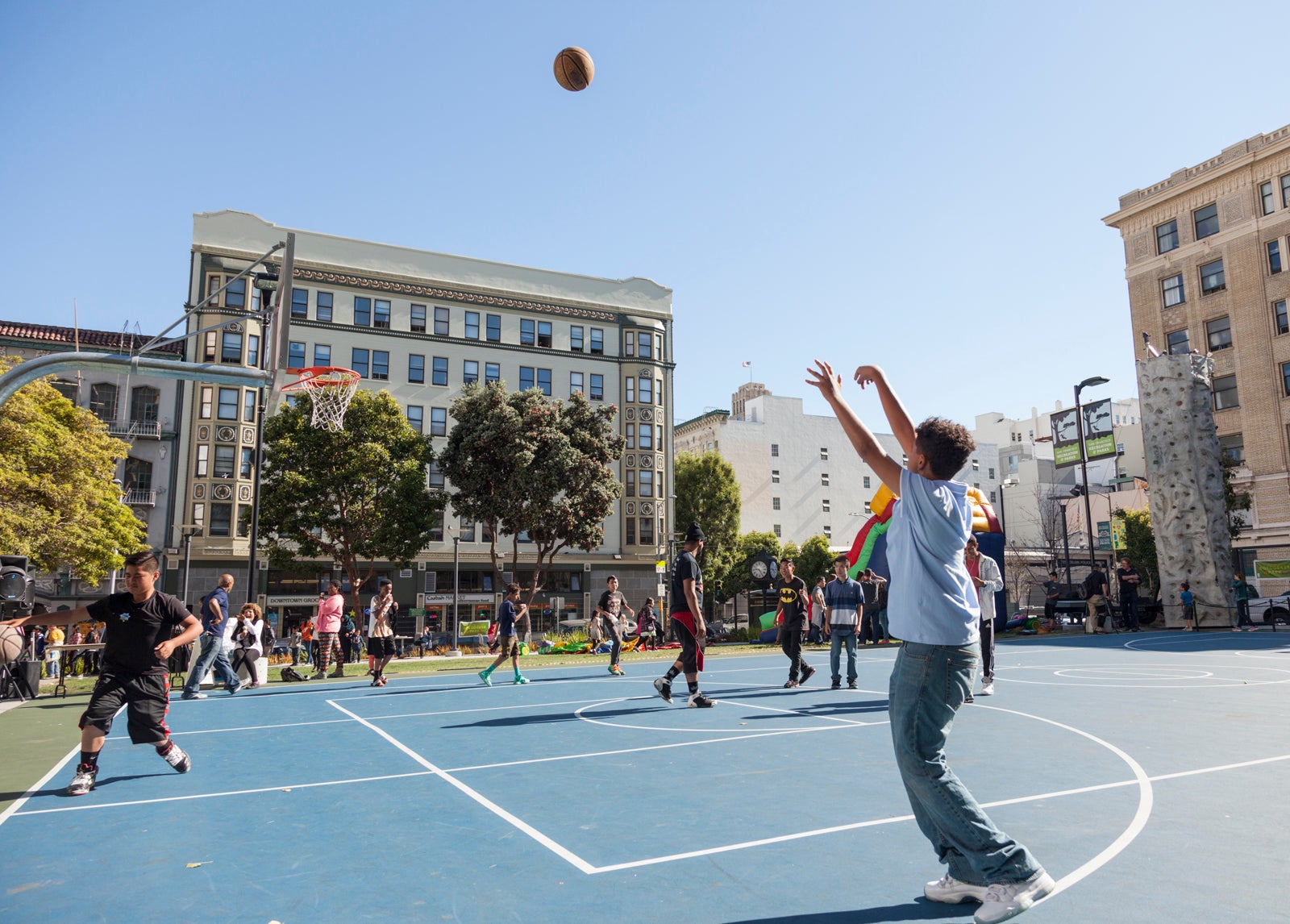 A post-renovation view of Boeddeker Park, featuring the Gold LEAD certified clubhouse, basketball court, walking track and exercise equipment, community garden and the only grass in the neighborhood.

Already starved for open space, San Francisco’s Tenderloin neighborhood had huge flaws in its crown jewel known as Boeddeker Park, which originally opened in 1985. The 1-acre park, once surrounded by black wrought-iron gates, had become overrun by drug dealers, prostitutes and gangs. Police would drive cruisers through the park regularly to try to maintain order. 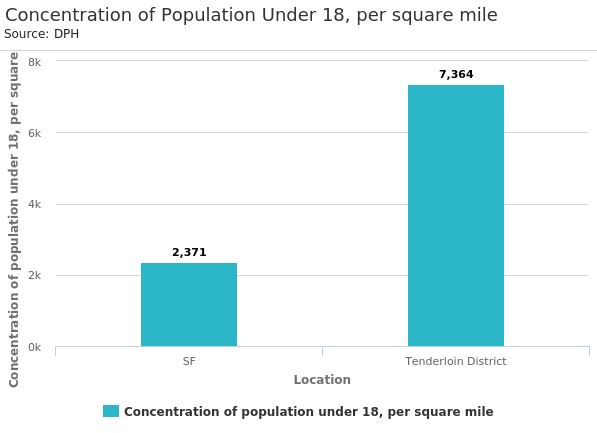 So, when word came that a $10 million renovation, led by San Francisco’s Trust for Public Land and the recreation and parks department, was planned for Boeddeker Park, there was great anticipation among residents. Many saw it as an opportunity for a new beginning for the space, where the park would be more accessible, safer and a place for the community to gather. It would take roughly a decade for this vision to be realized and a bevy of community groups participating in the process to ensure the park’s long-term success. When Boedekker Park finally reopened in December 2014, there was universal acclaim for the renovated park and new community clubhouse. Still, there was the nagging question about whether the new Boeddeker Park could be sustained as a safe space. The Tenderloin Health Improvement Partnership, a venture of Dignity Health’s Saint Francis Memorial Hospital and Saint Francis Foundation, joined with many community groups to make that happen.

“We knew if the park was going to fulfill its promise, it had to be safe and activated. We had to own it as a community from Day 1 and not give it up,” says Jennifer Kiss, vice president of programs at the Saint Francis Foundation and TLHIP director.

Meeting with Friends of Boeddeker Park, community members and police who had been active in the park before it closed for renovation, TLHIP gathered intelligence on what it would take for Boeddeker Park to truly be community-serving.

“The recreation and parks department didn’t have funding to operate a clubhouse, so they opened it up for some of the youth and family and neighborhood-serving organizations to come together under collective leadership to provide oversight and programming at the park,” Kiss says.

A construct emerged to have a master tenant and anchor tenants, such as the YMCA, that would be responsible for running the clubhouse and developing programming under a collaborative model. Boys & Girls Clubs of San Francisco stepped up as the master tenant, working together with YMCA and Tenderloin Safe Passage as anchor tenants. Understanding the potential impact of a safe and programmed park for the community, TLHIP stepped up with funding for leadership and activation. At the same time, TLHIP also brokered a forward-thinking plan with the police station that sits adjacent to the park. 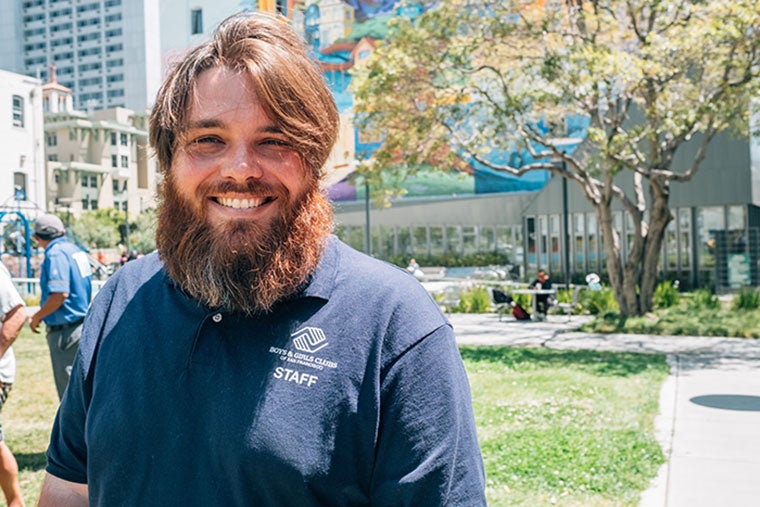 “We realized that we needed to have a police presence in the park from Day 1,” Kiss says, adding that this was a primary point of emphasis that came out of community meetings. Not all favored the policing plan, however. The prospect of a permanent police presence caused anxiety among undocumented immigrants and others who feared this might create a barrier for those who wanted to visit the park.

TLHIP leaders argued successfully that adopting a cutting-edge community policing model could forge a new path for residents and their police station to work together and to give everyone a stake in owning the park. TLHIP worked with the San Francisco Police Department to commit to a full-time police presence in the park.

Patricia Zamora, area director of the Tenderloin, Mission and Columbia Park clubhouses and citywide creative arts program for Boys & Girls Clubs of San Francisco, says TLHIP and the Saint Francis Foundation were instrumental in developing a shared vision for the park’s long-term success. 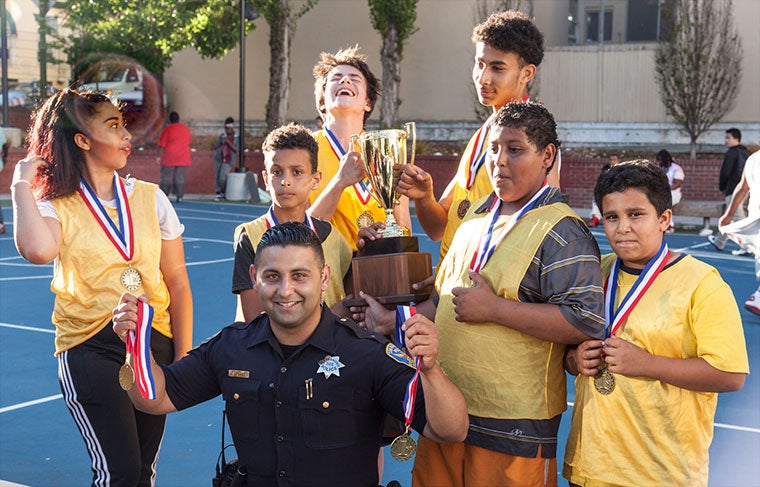 Officer Azim and neighborhood kids celebrate their success during National Police Night Out at Boeddeker Park.

“When we activated the park through a collaborative effort, our approach aligned with TLHIP. They helped us name it and claim it under the collective impact model. It’s not just the funding they provided for the staff,” Zamora says, “they provided technical assistance. They connected us with broader resources. They got involved in the community process. That was very different, very unique.”

TLHIP brings together residents, government agencies, businesses and nonprofits with the aim of improving residents’ health outcomes. The organization follows the collective impact model of co-designing an agenda, solutions and aligning interventions that are already working.

Zamora notes that the prospect of reopening Boeddeker Park without the community policing strategy in place would have made ensuring safety in the area far more difficult. Many residents on the street, she says, suffer from various forms of mental, physical and emotional trauma. And with the park open to people of all ages, it was paramount to have a space where everyone felt safe and respected.

“The dedicated police [presence] was a game changer because it reset the culture of the park,” Zamora says.

Now, three years after the reopening of Boeddeker Park, the police presence has evolved. Initially, two officers were assigned to the park all day. 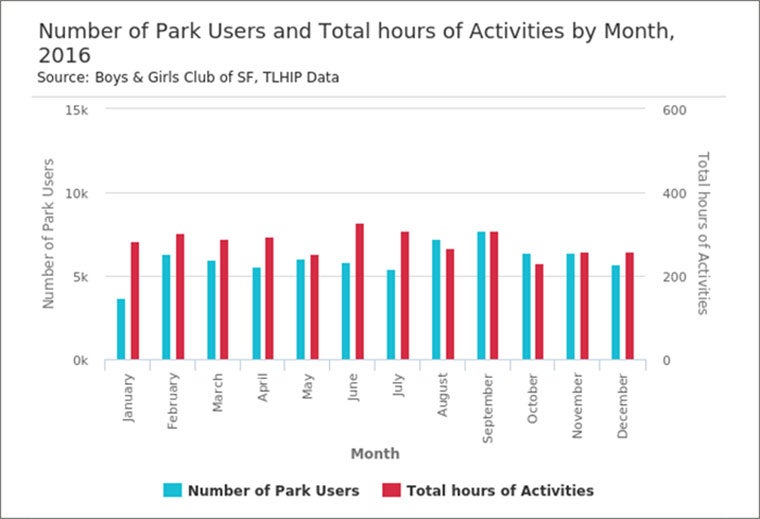 Over time, the model proved to be working. The police were highly engaged in a positive way with residents using the park, and people began to feel safer, Zamora says, adding that police now sometimes just walk the park’s perimeter while keeping an eye out around the block.

“Now we have 100 school kids a day going through the park along with people who might be homeless or seniors who are doing Tai Chi. The police really helped to bring that about,” Zamora says.

The clubhouse has become a community focal point for diverse programming for young people ages 6-18, ranging from sports leagues to special events like Safe Night Out. Kiss lauds what has transpired in Boeddeker Park since the reopening.

“We’ve been able to provide a resource intervention, and help support all of the different partners to work together in a way that’s been so successful. They’ve gone on to do such incredible things that we couldn’t have imagined at the time,” Kiss says.

In surveying community residents about their feelings when visiting the park, Kiss notes that 95 percent now say they feel safe there — a huge measure of progress given the park’s history.

Zamora sums up Boeddeker Park’s transformation this way: “The park is literally an oasis in the middle of this gritty community. … It sounds weird but it’s magical in a way, because this is a containment zone and it has a lot of vulnerable populations. That doesn’t mean, though, that they’re not strong and resilient. This community is very diverse and very cultural and it’s very connected.” 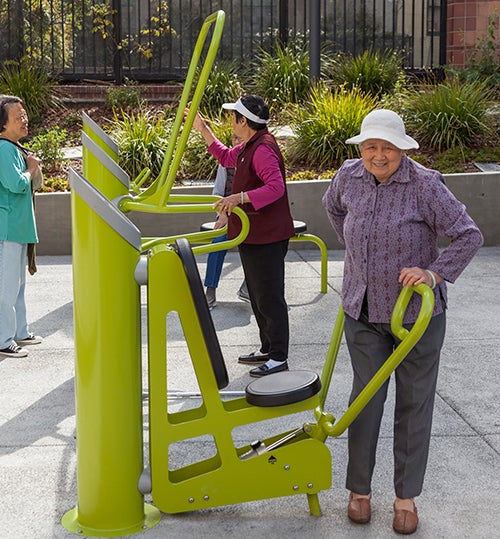 Many seniors are drawn to Boeddeker Park for socialization and physical activity.

Throughout their work in supporting the Boeddeker Park renovation and sustaining its future as a community hub, Saint Francis Foundation leaders have learned just how powerful the process of collaboration can be in aligning and achieving the goals of many groups.

Having a “crown jewel” in the neighborhood required not only thoughtful planning for its rebirth, but even more critical was planning for its activation. Likewise, having more than one entity engage programmatically in the park ensures the kind of diversity and community-serving purpose that all advocates for the park wanted to see.

“It was imperative that the city, the program partners, the police department and the residents themselves recognized that the needs of this park were inherently different from other city parks. Keeping drugs and gangs out of the park from Day 1 was critical,” Kiss says.

While the primary aim is to maintain the safe and vibrant atmosphere that has been created in Boeddeker Park, Saint Francis Foundation and others see the park as an anchor for the neighborhood’s continued improvement.

With that in mind, there are plans to renovate the two remaining parks in the neighborhood and for a wellness trail that would connect them with Boeddeker Park. And again, the focus will be ensuring these vital open space assets are safe and community serving. 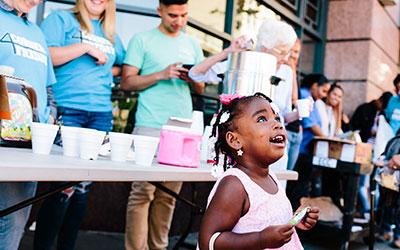 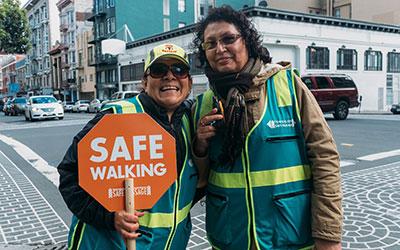 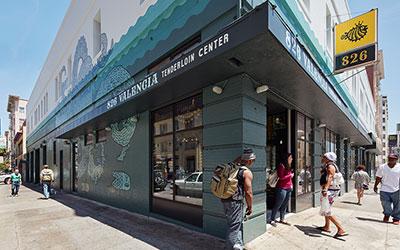 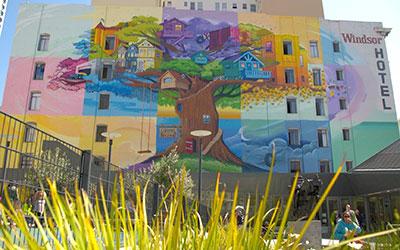