The Push to Advance Health and Safety in the Tenderloin 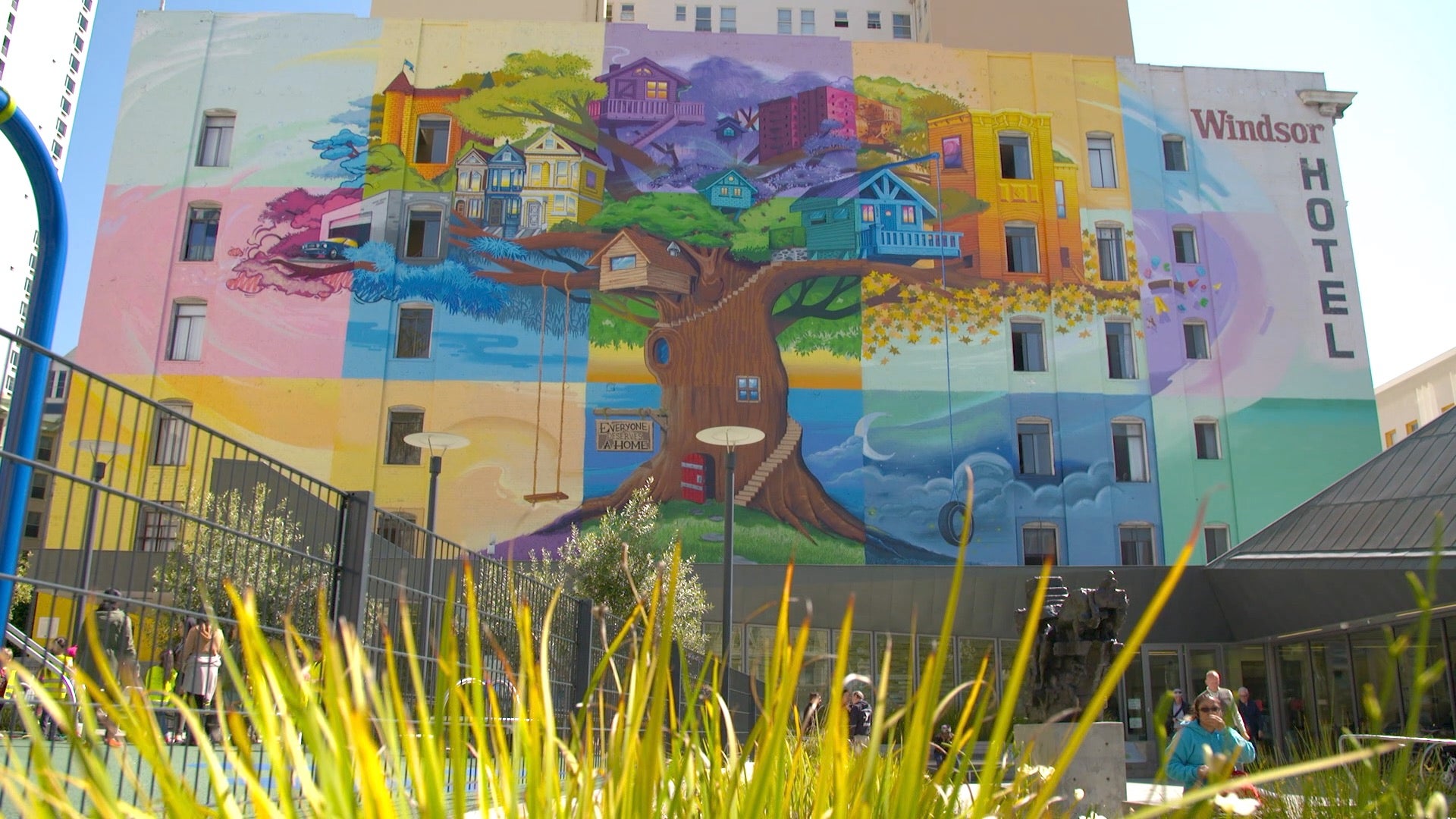 The “Everyone Deserves a Home” mural symbolizes the universal desire for a place of one’s own, rooted in community and connected to nature.

Printable PDFs of the case studies

One-third of the Tenderloin’s nearly 35,000 residents live below the federal poverty level. Only 7 percent own a home compared with one-third citywide. At least 60 percent of the city’s homeless population resides in the Tenderloin. Park and recreation areas are scarce, with less than 4 percent of the area devoted to open space compared with 23 percent citywide. The Tenderloin is home to 112 retail outlets per square mile compared with 17 per square mile citywide, yet it has no supermarket. The community has the highest chronic disease and illness rates in San Francisco.

These are some of the highlights from a report issued last year by leaders from the Haas School of Business and the School of Public Health at the University of California, Berkeley; Dignity Health’s Saint Francis Memorial Hospital and Saint Francis Foundation, both in San Francisco. The report illustrates why the Tenderloin is among the most challenged communities in San Francisco and the nation when it comes to social determinants of health.

Compounding the economic and housing disparities, the Tenderloin has a robust illegal drug trade, high levels of street violence, prostitution, addiction and other threats to health and safety that tear at the community’s fabric. The community has become what many activists call a “containment zone” for immigrants, the homeless, recently released prisoners and other populations facing serious economic and health hardships.

Against this backdrop, leaders from among 120 community organizations and 30 city agencies have long been working to bring about change in the Tenderloin. Yet, despite their best efforts, these groups often worked in silos, limiting their collective impact. Saint Francis Memorial Hospital, Saint Francis Foundation and the Tenderloin Health Improvement Partnership that they created have invested heavily in recent years to elevate the many community groups’ collective impact on bringing positive changes to the Tenderloin.

The following case studies illustrate four of the Saint Francis organizations’ many efforts.

Already starved for open space, San Francisco’s Tenderloin neighborhood had huge flaws in its crown jewel known as Boeddeker Park, which originally opened in 1985. The 1-acre park, once surrounded by black wrought-iron gates, had become overrun by drug dealers, prostitutes and gangs. Po...

Tenderloin residents, particularly children, face an abundance of everyday challenges. Students getting to and from school or after-school programs sometimes have to travel sidewalks crowded with drug dealers and users, the homeless and others. Kate Robinson, program director for the Te...

With their mission to improve health and safety in San Francisco’s Tenderloin neighborhood, the Saint Francis Foundation and the Tenderloin Health Improvement Partnership and community groups didn’t take long in early 2014 to identify one large impediment to their goals. The Big Boy Mar...