Carlos Muniz contracted COVID-19 and was fighting for his life the week he was supposed to marry his fiancée, Grace. On July 15, he was admitted to the telemetry COVID-19 intensive care unit at Methodist Hospital in San Antonio. Though he had no underlying health issues, Carlos’ condition worsened. His lungs collapsed, and he was placed on ECMO, a form of life support.

Despite the setback, Carlos refused to let the virus ruin tying the knot with Grace. And his medical team thought fulfilling the couple’s wish to marry would help his recovery. Staff got creative and helped with preparations for a very special wedding.

On August 11, Carlos and Grace wed in the hospital’s atrium with immediate family and hospital staff attending. The ceremony was streamed online for extended family members and friends to watch.

"This wedding is really important for us as the care team of this patient," Carlos' nurse told KSAT-TV. "We’ve seen some victories, but we’ve had our losses. It was very special for us to be a part of and has been a big motivator for this team."

A few days after Carlos and Grace became husband and wife, he was taken off life support and has since tested negative for COVID-19. He was discharged from the hospital in early September. Though he’s still recovering, the couple is looking forward to beginning a new chapter together. 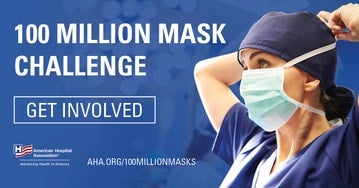