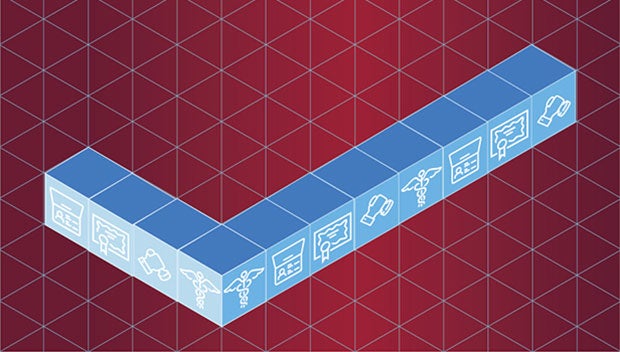 Participants in the pilot want to streamline physician credentialing — a process that often takes four to six months to complete and impedes the ability of health care professionals to deliver care and be reimbursed for their work.

Payers in the pilot — WellCare Health Plans and National Government Services, an Anthem-owned federal contractor that processes Medicare claims for the Centers for Medicare & Medicaid Services — could benefit by using blockchain to update and verify physician information. Blockchain has been touted for its ability to secure data and distribute it in an encrypted way to ensure that more current information is available. A partnership launched earlier this year by UnitedHealth Group and its Optum unit, Humana, Quest Diagnostics and MultiPlan, is also using blockchain technology to improve the accuracy of doctor directories. Across all of health care, the Council for Affordable Quality Healthcare estimates that payers spend upward of $2 billion per year maintaining provider databases, 75 percent of which could be eliminated with a single source of truth, such as a blockchain.

What It Means for You

If pilot programs like this and the Optum-Humana project are successful, it could lead to rapid improvements in efficiency and cost savings that could be duplicated across the field. These use cases also will help further assess blockchain's potential for driving change in health care. These projects also underscore the need for health care providers to develop their strategies and potential applications for blockchain technology to improve operations. Those who are slow to act could fall too far behind to catch up quickly, warn some of health care's largest consulting firms.

A recent PwC report illustrates just how fast the health care landscape is changing with blockchain applications. Based on a survey of 74 global health care companies, 49 percent are developing, piloting or implementing blockchain projects, the report notes. The three health care use cases for blockchain with the highest potential for near-term disruption, according to the PwC report, are the pharmaceutical supply chain, contract administration and credentialing processes.