AHA Board Chair Melinda Estes, M.D., hosts a series of Leadership Rounds — short conversations on a range of key issues Dr. Estes will have with hospital and health system leaders from across the country.

The seventh in the series featured Dr. Estes talking with Jim Skogsbergh, President and CEO of Advocate Aurora Health, to discuss how hospitals can move from relief, recovery, and rebuilding to reimagining and innovation. This episode was recorded on October 22, 2020. 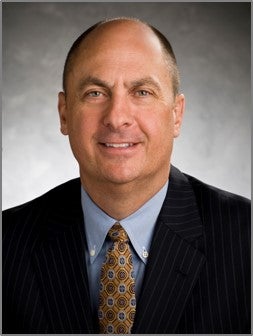 Named as one of the 100 Most Influential People in Healthcare by Modern Healthcare for nine consecutive years beginning in 2011, Jim has been featured in local and national news publications as a leading voice on health care transformation and innovation; national health reform efforts; quality, cost and high reliability initiatives; patient safety; and health care providers’ commitment to serving their communities. Under his leadership, Advocate Health Care has been recognized as a national leader for its clinical successes, technological innovation, workplace culture and safety excellence.

He is a former member and past chair of the American Hospital Association (AHA) Board of Directors, the national organization that represents America’s hospitals and health systems. He also is a former chair of the AHA Section for Health Care Systems Governing Council and a member of Regional Policy Board 5. Jim is a member of the World Business Chicago Board of Directors and is a past chair of Chicago United as well as the American Cancer Society’s (ACS) CEOs Against Cancer and the World Presidents Organization. In 2019, Jim was named Chairman of the American Hospital Association Political Action Committee for a two-year term.

Additionally, he is a fellow of the American College of Health Care Executives and a past chair of the Illinois Hospital Association’s Board of Trustees. He is the recipient of B’nai B’rith’s 2013 National Healthcare Award and 2015 Chicago United Bridge Award.