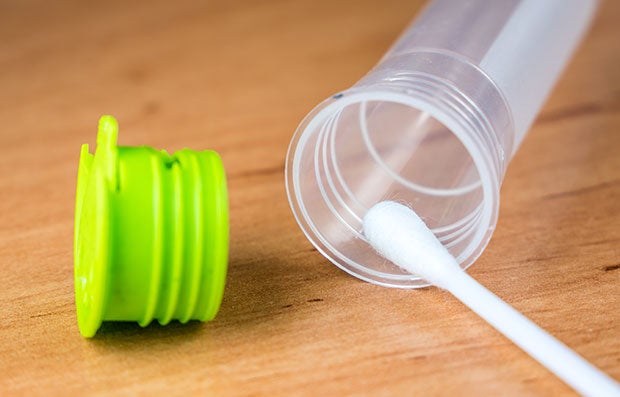 The direct-to-consumer (DTC) genetic testing market is booming after getting off to a slow start more than a decade ago. Millions of consumers are buying test kits and related services outside of health care providers to learn more about their ancestry, genealogy or kinship, risks of developing serious diseases and how lifestyle and nutrition affect their health. 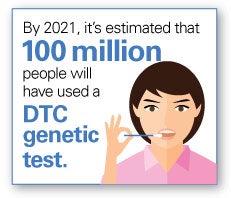 With easy access to these affordable tests that typically involve collecting a saliva or urine sample, millions of consumers are in search of greater knowledge about their personal health and risks for contracting life-altering diseases. By 2021, it’s estimated that 100 million people will have used a DTC genetic test, according to an April American Journal of Managed Care report.

This explosive rise is reflected in financial projections for the DTC genetic-testing field. BIS Research, a California-based global market intelligence and advisory firm, earlier this year estimated that the global DTC genetic-testing market would reach $6.3 billion by 2028 with a compound annual growth rate of 22.8% in the interim. If this projection holds true, the market will have expanded nearly tenfold from since 2017.

And this growth isn’t coming solely from now well-known companies like 23andMe and Ancestry.com. Last October, Mayo Clinic partnered with Helix, a DNA sequencing company, to offer GeneGuide. The $150 testing kit sells provides healthy customers with insights related to health and disease, such as analysis of disease-causing genes associated with different hereditary conditions. Customers also get access to Mayo Clinic education modules and can speak with its providers.

This rapidly shifting market has many ramifications for hospitals and health systems, frontline physicians and their patients as well as payers. It signals a need for greater consumer education about the importance of analyzing and understanding DTC testing results, false positive results and the need to validate results with testing in a medical-grade laboratory.

Providers play a key role here and also can help consumers to understand how the Food and Drug Administration views DTC tests. The FDA’s website notes that it reviews DTC tests for moderate- to high-risk medical purposes to determine the validity of test claims, while general wellness or nonmedical DTC genetic tests are not reviewed.

In addition, studies assessing the accuracy levels of DTC genetic-test results and third-party analyses are scant. In one small study published last year, Ambry Genetics — a lab certified to do medical testing — examined 49 samples sent in by physicians whose patients had been told that they had disease-causing mutations by third-party interpreters. Ambry found that 40% were wrong.

Still, some experts say that certain types of DTC genetic accuracy have improved. Ellen Matloff, president and CEO of My Gene Counsel, a digital health company that provides genetic counseling information, recently told the American Journal of Managed Care that she believes more insurance companies will be paying for DTC result verification through programs like hers.

Blue Shield of California already has begun providing confirmatory testing coverage for 23andMe’s FDA-approved test for insured persons who have a positive Ashkenazi Jewish BCRA gene mutation finding (placing women at higher risk for breast, ovarian and other cancers at an early age). Aetna and Anthem also will cover confirmatory testing to those with positive BRCA1/BRCA variants on the 23andMe test.