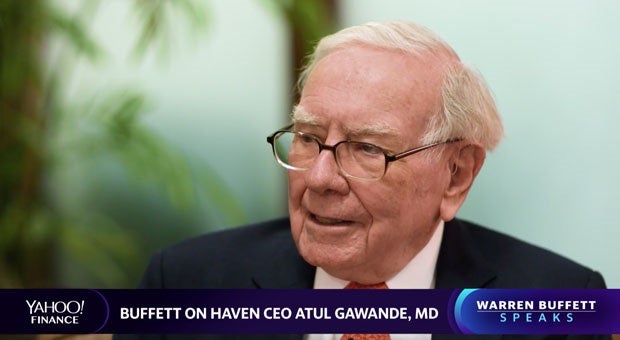 The news 15 months ago that Amazon, Berkshire Hathaway and JPMorgan Chase were forming a joint venture to achieve better outcomes at a lower cost for the roughly $4 billion they spend collectively on health care for their 1.2 million workers was a bold move. But since anteing up to get in the game of transforming health care, those involved in the venture — recently named Haven — have largely kept poker faces.

However, recent moves by Haven to fill out its executive team and a five-minute video interview about Haven with Berkshire Hathaway’s Warren Buffett by Yahoo! Finance had financial analysts and the business media working overtime advancing theories about the venture’s future direction.

In piecing together what some of these hires may mean for Haven’s future, MedCity News offers this scenario: Haven could follow a model developed by Accolade that serves as a benefits aggregator for employers and focuses on building relationships with employees to steer them toward lower-cost, higher-quality care. An important step in that effort, the report notes, would include building out a national integrated clinical network comprising providers that Haven believes would fit into its framework. Rao’s experience building value-based payment systems as part of accountable care networks could be central to that effort.

If Haven were to set up its own clinical network and contract directly with providers in value-based payment arrangements, this could circumvent traditional payer organizations that have served as third-party administrators for self-funded employers responsible for establishing provider networks and processing claims. This also would fit with the larger trend of employers forging direct relationships with providers as a way to control costs.

Trevor Price, founder and CEO of Oxeon Partners, a leading health recruiting firm, made a similar observation in an interview with CNBC. He said Haven likely will create a “risk-based clinically integrated network” via a curated network of physicians by analyzing data on top performance, cost and other factors. This would build trust with employees and direct them to the appropriate type of care. This “steerage,” as Price calls it, could cut an employer’s health care costs by preventing workers from seeing doctors who overcharge and underperform.

That is precisely the direction Walmart is taking in forging relationships with Centers of Excellence like Mayo Clinic, Johns Hopkins and Virginia Mason, and using specialized consultants to help craft bundled-payment arrangements that cover the cost of an employee’s care for certain episodes from start to finish. Harvard Business Review provides a deep dive on this subject as part of a series it recently published on transforming health care.

Whether all of this comes to pass, there’s one thing you can count on based on Buffett’s comments to Yahoo! Finance. Don’t look for press briefings or public-relations updates from Haven. They want no part of it, he says. Buffett, Amazon’s Jeff Bezos and Jamie Dimon of JPMorgan Chase see their common cause as trying to disrupt health care to prove that the health care system can be transformed successfully without the government’s stepping in to lead the effort. Buffett believes that prospect would be bad for employers, patients and providers.