“Everything around our workplace violence prevention program was developed to reduce or eliminate both verbal and physical abuse of our employees,” said Mike Hodges, system director of public safety at Piedmont.

Hodges said that the executive team’s engagement and support has been instrumental to the change. Additionally, “having nursing leaders who are supportive and participative has been critical to our success,” Hodges said. “Nursing is the key stakeholder in violence prevention, as they are the group most commonly affected.”

Piedmont found that, in addition to risk assessments and standard prevention and safety protocols, public support of staff made a difference. Leaders placed signs at all facility entrances that read:

“Our workers have the right to be treated with dignity and respect at all times. They should be able to do their jobs without being physically or verbally abused. Thank you for respecting their right to an abuse free workplace.”

The response from staff was highly positive.

“That was a simple thing, putting up some signs, but our staff saw it as clear support of them in the prevention of workplace abuse, and it probably had more impact on our employees than any other thing we have done,” Hodges said. 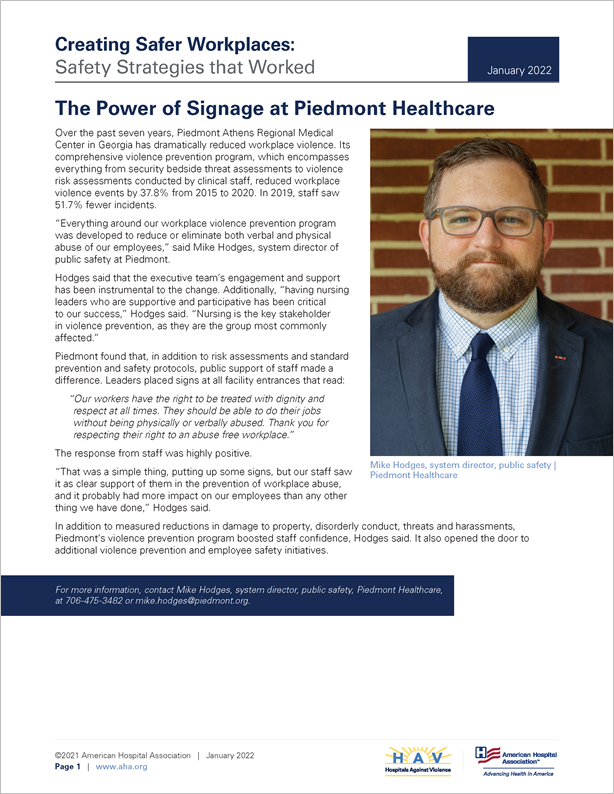