The Rural Community Hospital (RCH) demonstration tests an alternative payment model for small rural hospitals, in response to concerns that they face financial difficulties with Medicare’s inpatient prospective payment system (IPPS). In particular, the demonstration focuses on hospitals that may lack economies of scale but are too large to be critical access hospitals (CAHs), and therefore cannot receive cost-based reimbursement for services provided to Medicare beneficiaries. 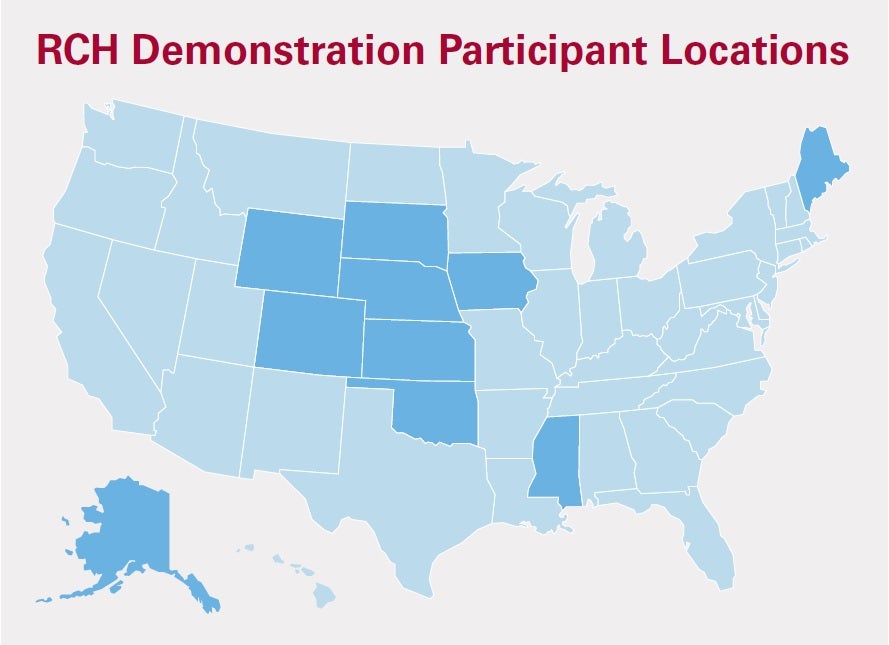 The program was initially authorized by the Medicare Prescription Drug, Improvement, and Modernization Act of 2003 (MMA), and extended for another 5-year period by the Affordable Care Act (ACA) in 2010. In 2016, the 21st Century Cures Act directed an additional 5-year extension period for the demonstration and prioritized participation for hospitals located in one of the 20 states with the lowest population densities. Historically, the target amount has been adjusted for case mix. No more than 30 hospitals are allowed by law to participate in the RCH demonstration. Current participants are located in AK, CO, IA, KS, ME, MS, NE, OK, SD, and WY. By statute, the RCH program is budget-neutral in the IPPS. Some RCH participants have already beenforced to exit the program because the end date of the current 5-year term is staggered. If not further extended, the program will completely end on December 31, 2021.

Congress should pass the Rural Community Hospital (RCH) Demonstration Extension Act of 2020 (S. 3615 / H.R. 6753) to extend the RCH program for an additional five years and require a case mix adjustment be applied to the target amount in order to account for fluctuations in patient acuity.

Rural hospitals are the cornerstones of their communities; they provide access to care close to home, employment opportunities, and support of the local economy. However, many of these hospitals struggle to address the increasing challenges of providing health care in rural America, including low patient volumes, sicker patient populations, geographic isolation, shifts in care delivery, increased regulatory burden, and the opioid crisis. Some hospitals face the possibility of closure in light of these challenges, particularly when they lack economies of scale and are not eligible for special designations under Medicare that offer enhanced financial support. In fact, in a 2018 report, the Government Accountability Office (GAO) found that smaller rural hospitals (26-49 beds) and rural hospitals that do not have special Medicare designations accounted for disproportionate shares of rural hospital closures.2 More information on the challenges that rural hospitals face can be found in AHA’s Rural Report.

The October 2018 evaluation of the RCH program provides further evidence to support the model’s success. Overall, RCHs have reported that participating in the demonstration has allowed them to continue providing care in their communities; prevented them from having to make dramatic alterations in their operations; and facilitated their continued support of the their local economies. These improvements were made possible because of the financial benefits3 from participating in the model. Specifically, RCH demonstration payments were associated with improved Medicare inpatient margins relative to the pre-demonstration time period, although RCH Medicare inpatient margins generally remained negative throughout the demonstration. RCHs also saw improvements in their total margins over time and, on average, RCH total margins were higher than similar-sized non-demonstration hospitals. In addition, while total operating margins for RCHs did not exceed low single digits, they were notably higher than those of similar non-demonstration hospitals over time; this indicates that for many RCHs, the demonstration provided a revenue cushion that allowed participants to operate with fewer resource-related constraints and greater cash flow. RCHs also demonstrated similar quality of care relative to comparable nondemonstration hospitals across several measures including readmission rates, in-hospital mortality, and patient experience.